Now that some wildfire fire smoke drifted into Calgary this summer across the Rocky Mountains from 300 different wildfires burning in British Columbia, I am grateful for my lovely, earlier vacation interlude with friends at Cowichan Bay, on southern Vancouver Island. It feels I just beat the smoky sky blues by a few days.

After landing in Victoria and for next few days, just brilliant blue skies beaming over halcyon ocean bay and river estuary, was a heavenly backdrop for fabulous views. 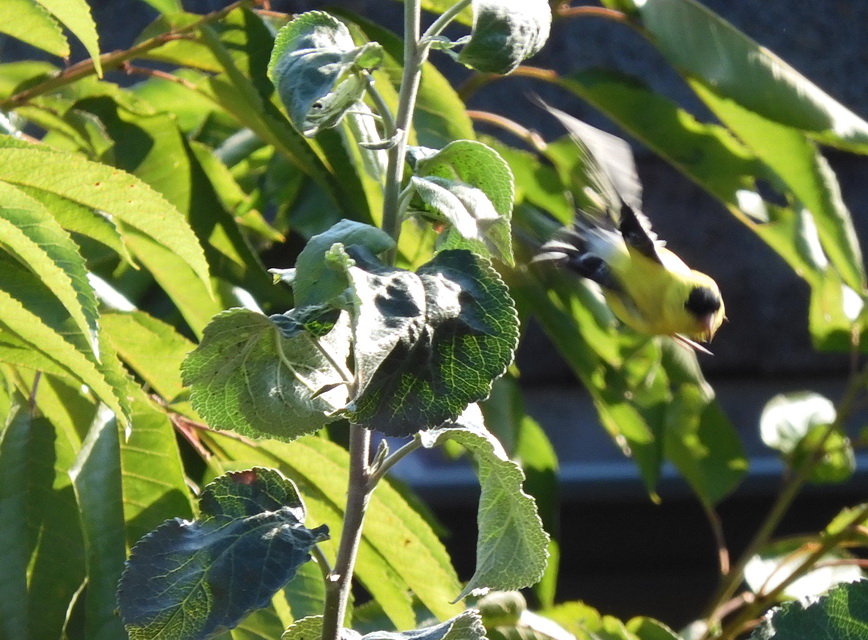 Alive with Birds
Every day, green-backed Anna’s hummingbirds whirred and zipped around. A bold one, wheeled within a few inches of us before I could snap any photo. It was the first time I had witnessed so many hummingbirds in 1 spot just by lazying around on a house deck.

Occasionally bright goldfinches lightning-flashed by to hide amongst thick tree foliage and sing away.  Overhead dark turkey vultures wheeled lazily while blue herons from a nearby forest trees, sailed slowly,  across neighbouring skies. Apparently my friends saw some heron parents teaching their teen offspring how to fly and land gracefully onto tree branches, without breaking off weak branches.

I did occasionally glimpse a bald eagle or two in the communal skies.  I  was hampered by a new camera that I was still trying to understand its controls and idiosyncrasies, so I barely took enough birdie shots.

Withering from Extreme Heat
Apparently the area had not enough rain for the past few months –a serious growing concern even thought the temperatures were 30-35 C degrees –not exactly Arizona heat. However this is the Pacific northwest coast, known for also its big growth temperate rainforests. Scientists have just estimated over 1 billion sea life may have literally cooked to death along the Canadian Pacific coast this summer. News that was released just halfway during summer 2021.  Mussels, other shell sea creatures which cling to rocks or normally live in cool tidal pools, would have perished. This would include varieties of seaweed which others feast on also. 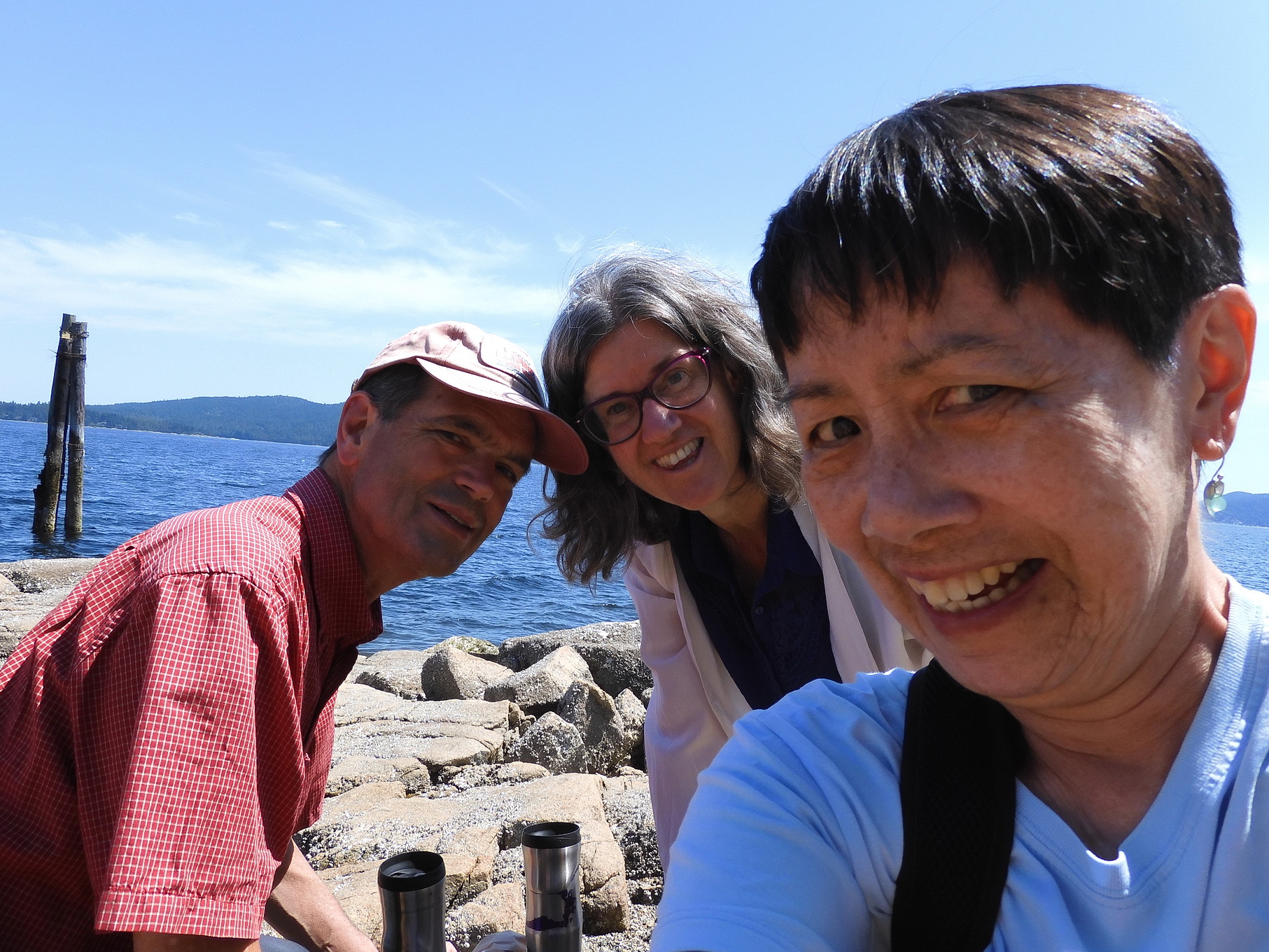 We went for an amble through local woods and then along gravel paths by a horse farm where wild raspberry bushes languished in the burning sun. Every raspberry we plucked off, was dried up or its outer skin had an abnormal dry crunch. British Columbia is normally Canada’s biggest producer of raspberries because of its ideal climate.

This heat might not bode well for a good blackberry harvest since blackberries enjoy a dose of rain. The British Columbian blueberry farm producers were dashing around trying to harvest before losing their crop, while also having problems with hiring enough workers.

One evening we wandered down to the Government dock where there were more tethered fishing boats compared to other marinas. These commercial boats plough several hundred kms. out into the Pacific Ocean, for crab, fish and shrimp. 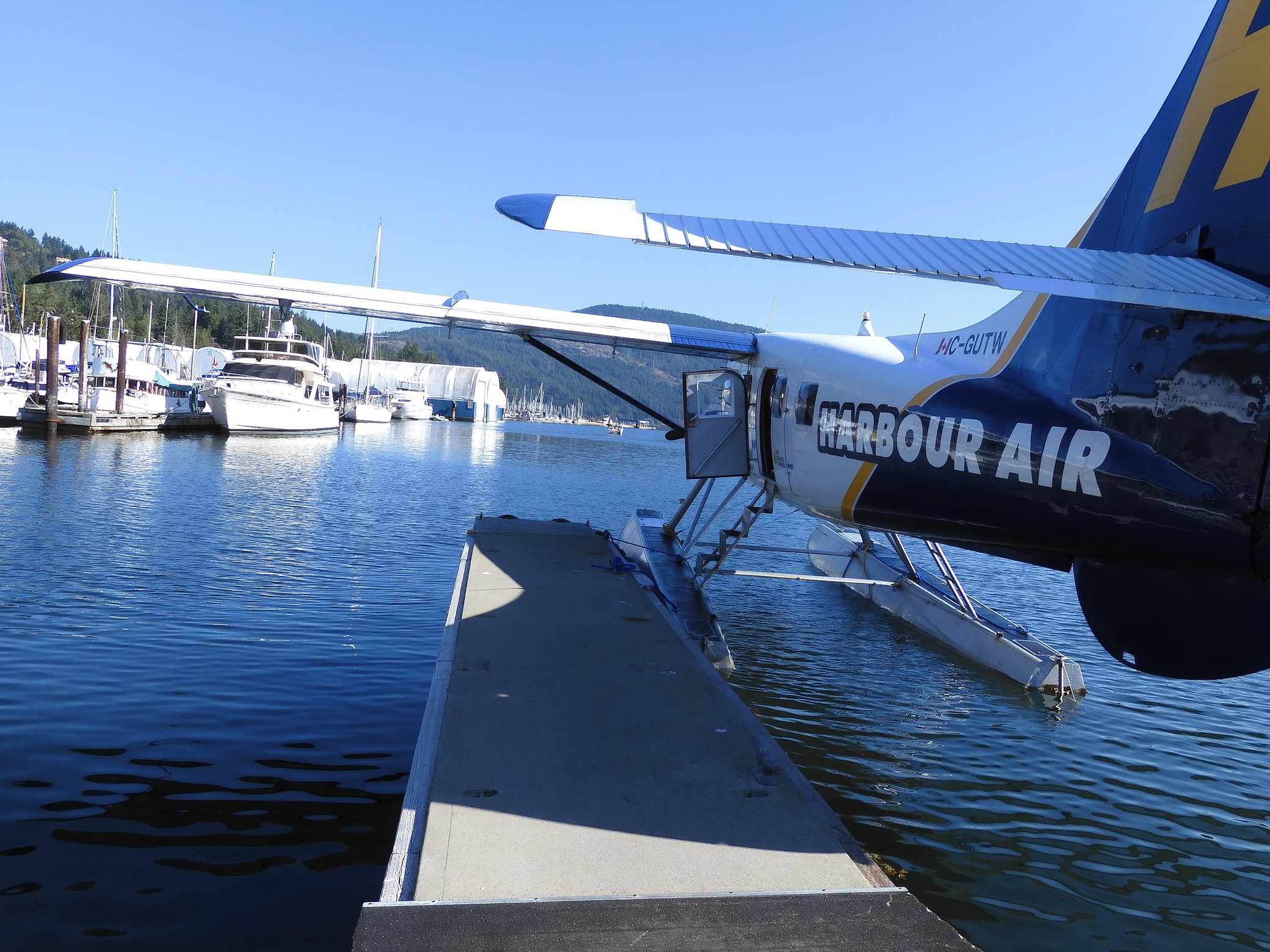 Happy spirits were still smiling, when I embarked a small seaplane crammed with 8 people where we were treated to flight from Cowichan area, with a stopover at Saltspring Island, views of Gulf Islands big and small dotting the Pacific, before landing in downtown Vancouver. 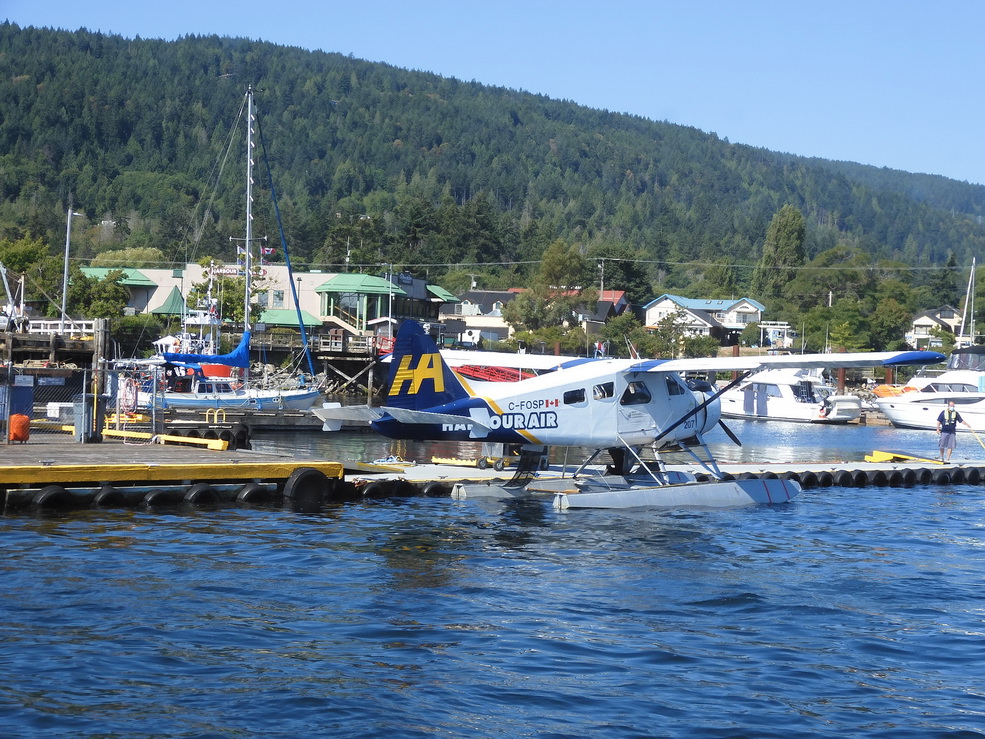 Chime in with your thoughts here! Cancel reply